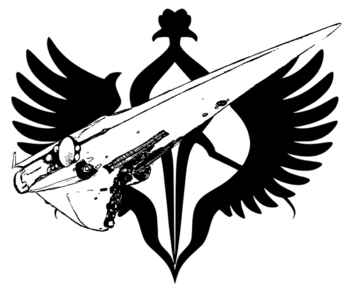 Gineipaedia is a free online encyclopaedia dedicated to the Legend of Galactic Heroes franchise created by Tanaka Yoshiki. The site is a collaboratively edited wiki which aims to be a complete and accurate reference for all things related to the LOGH series.

As a wiki, Gineipaedia is editable by anyone — you are free to upload images, create new articles, and edit existing ones. For more information on contributing to Gineipaedia, please see the following policy articles:

Gineipaedia's textual content is made available under the Creative Commons Attribution-NonCommercial 3.0 licence — this means it is free for anyone to copy, remix, and re-use, as long as they meet a few basic requirements. For more information on Gineipaedia's licence and what it applies to, please see our Copyrights page.

Weekly back-ups of Gineipaedia content are available at Data.

Gineipaedia is the current home of the Legend of Galactic Heroes Wiki Project. The project began in March 2010 with the intention of forming a single, central database for English-speaking Gineiden fans. The initial contributors were chiefly anonymous, gathering together in the dingy halls of /m/ to collaborate on the project, gather information, analyse it, and discuss it. Numerous options for a home were considered, but ultimately we chose a Wikipedia-style database, believing it would be the most amenable and accessible to our fellow fans from all across the globe. We chose Wikia as the host for our project, and on 15 April 2010 Canary established our first home at yang-wenli.wikia.com. Within days, the LoGH Wiki Project managed to accumulate more than 100 unique articles. By the autumn of 2010, we were the most frequently edited/visited and content-heavy (English-language) Gineiden resource on the Internet.

Unfortunately, it quickly became apparent that Wikia's business practices would become more and more detrimental to the LoGH Wiki Project as time wore on. When Wikia began removing features and functionality from their hosted sites in winter 2010, it became obvious to all involved that the LoGH Wiki required a new home.

After several months of indecision, kine began work on an independent MediaWiki site: Gineipaedia. After much solitary work on the basic functions and aesthetics on the new site, it was time to start transferring all of the old wiki's content to Gineipaedia — some 500-plus articles! Canary and kine began that long and tedious process in the spring months of 2011, whilst simultaneously making numerous changes and adjustments to both the functionality and aesthetics of the new site. On 24 April 2011, we determined that Gineipaedia had finally reached a level of content we would be proud to share with the rest of our fellow fans, and opened Gineipaedia up to the wider world.

Gineipaedia takes inspiration, code, and material from various sources, including the following:

... And, of course, Tanaka Yoshiki, Tokuma Shoten, Wright Staff, and all other rights holders of the Legend of Galactic Heroes franchise.