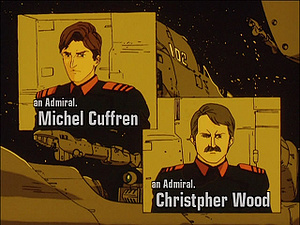 Christfer Wood was an admiral of the Galactic Federation's Armada and a war hero, who fought against the Space Pirates in the Pirate Wars between 206 UC (3006 CE) and 208 UC (3008 CE). He served beside Michel Cuffren, another hero of the Pirate Wars.

Wood was evidently considered to be one of the greatest heroes in Federation history: after his defeat of the Main Street Pirates granted Rudolf von Goldenbaum intergalactic celebrity, he was sometimes called the "reincarnation of Christfer Wood." (LOGH: 'Julian's Journey, Mankind's Journey')