Fugenberch (Japanese: フーゲンベルヒ) was an Imperial military officer who served as in the Imperial front line base BIII on the planet Kapche-Lanka in 791 UC (482 IC / 3591 CE). In July that year, he got himself involved in his superior, the base commander Captain Herder's plot to kill the newly posted Ensign Reinhard von Müsel. Fugenberch was tasked with tampering the tank assigned to Reinhard and Siegfried Kircheis such that they would run out of fuel while deep within enemy lines during their reconnaissance mission. Later on, Fugenberch was dispatched by Herder to confirm the status of Reinhard and Kircheis and was to kill them on the spot if the need arose. However, Reinhard, having surmised a plot to kill him, laid a trap for Fugenberch instead and managed to entice him into revealing the identity of the mastermind behind the plot. Fugenberch was ultimately shot by Reinhard to death after he attempted to do the same to Reinhard. (SWV: 'Chapter I', 'Chapter III') 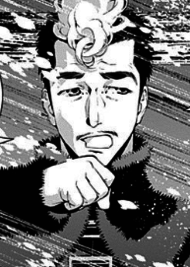 Fugenberch appears in Volume 2 of Fujisaki Ryū's Legend of Galactic Heroes manga adaptation. He is portrayed much more sympathetically in this adaptation and is given a backstory of his own as well.